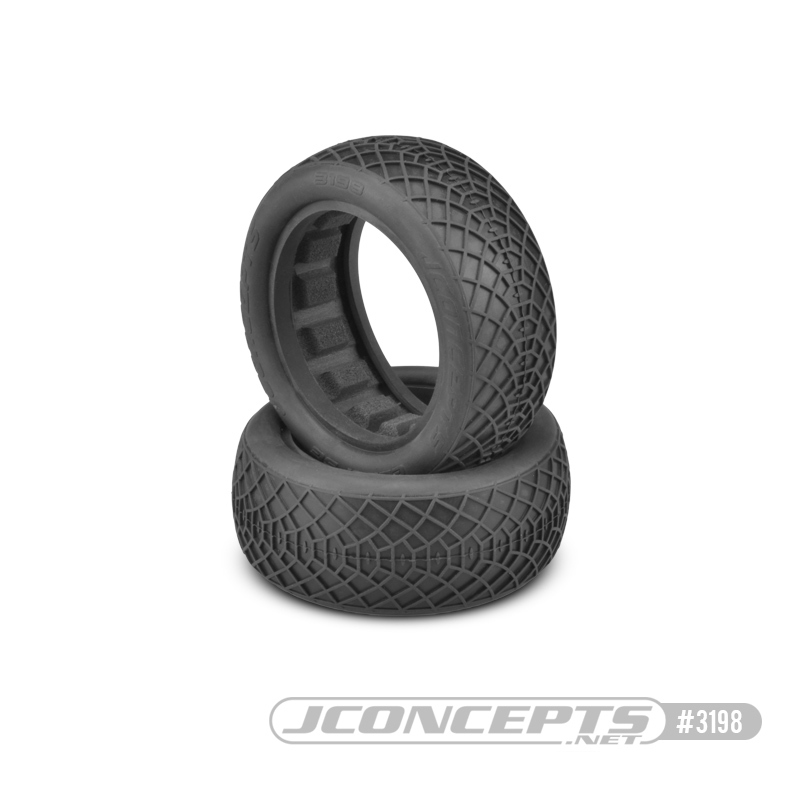 Jason Ruona explains, “The Ellipse has a slightly tighter carcass, it allows the driver to attack high-speed sections with more comfort. The “home plate” and connected web of tread has more stability high-speed and holds the tire together for today’s high-powered vehicles. Connected tread wears significantly better which is useful racing indoors where a racer can break-in and race with the same pair all weekend.”

The Ellipse tires are available in a huge selection of compounds such as blue, green, aqua, gold and the ROAR National Champion, silver compound. As a rule of thumb, blue and green are compounds conditioned to perform outdoors while aqua, gold and silver remain the favorites indoors. Included in each package, the Dirt-Tech closed cell inserts known for their durable nature and gray color complete the race tuned package.