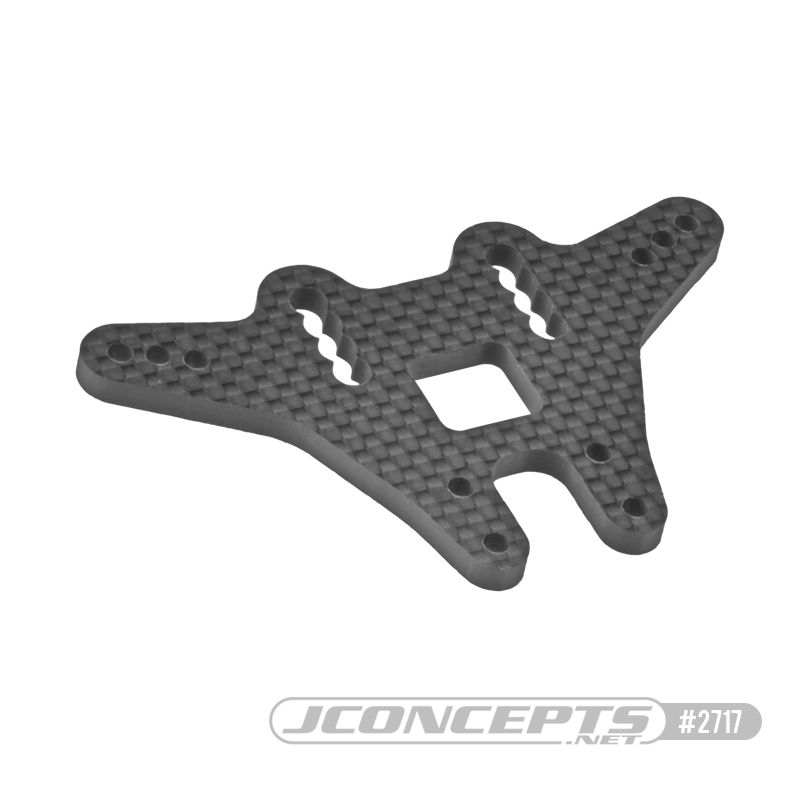 Mounting the new JConcepts Street Stock body with style and confidence is made simple with the addition of the new carbon fiber rear shock tower. Additional locations have been added up top on the 4mm genuine carbon material to allow the use of Team Associated (#71119) front and rear body post kit (not included). The CNC machined tower has incredibly tight accuracy and places the shocks in precise locations for correct geometry while allowing the new versatility of adding a rear body mount post.

Install the (AE) T6.1 rear body post spacer on the new JC (#2717) shock tower, then add the body mount unit with four (not included) 3x18mm BHCS. Make sure the body post unit is on the back-side of the shock tower during assembly. Remove standard rear shock tower, replace with JConcepts version with installed body post and utilize original hardware from the kit build for completion.