Rain. There, I said it. The forbidden "R" word. I don't take it back and I just might say it again. One could be shunned and virtually smacked in the back of the head for even the slightest online mention of this word leading up to a big race. In the R/C community we have learned to call rain "weather" and the weather was looking wet. Race director and series organizer, Brandon Melton, looked at the 50/50 chance of weather, made the call, and used the glass half full theory to decide that we were going for it! That's my kind of guy right there and hey, you don't have to talk me into having a good time!

On the road again with the White Whale. We have developed quite the traveling companionship lately. I had her big fat belly full of car parts, tires, and fuel while she was hauling the two of us to Sumter Raceway in South Carolina. The window of opportunity was small. We had to miss this dreaded weather that was coming in. Getting there at the right time was key. There was no way I was going to get this beast stuck in the mud in an open field. Not happening.

I can only think of two professions where you can get it right three out of ten times and still be considered a success. That would be hitting a baseball and weather forecasting. The weather is beautiful and not a drop of rain in sight. This is when I remember how stupid smart phones are and that it's a good thing we don't rely on the WeatherApp to let us know when we can race.

The track is set in a public park right next door to an Air Force base. At times you can see jet fighters flying overhead. I can tell they are looking down wishing they were racing R/C cars. I stand and salute. Feeling patriotic and ready to play in the dirt I dig a trench, set up camp, open shop, and bust out the 'ol red, white, and blue JQ. It's time for round four of the T.S.O.C. series.

Early Saturday morning. Practice is in full effect. Customers roll through the trailer picking up essentials for race day. Having no intentions of practicing myself I pick the brains of others to get a feel for the track and tire choice. Advice was given and assumptions were made. My conclusion was that experimentation would be important and the person who made the right tire choice would do the best. This leaves me completely out of the game. My tire choice tends to suck.

Qualifying time. The clock has been talking smack all morning. I'm getting pumped up! The car is looking pretty and I'm ready to move some dirt. We start round one and there are a bunch of cars on the track but we are all racing that clock. Rolling with a set of Hot Dice tires I had a decent run but the tires were shredded. I'll have to try something else. Round two and the switch to BIG PINS was my obvious choice. It doesn't take much for me to put on the biggest pinned tire that I have. They worked but I was slower and guess what?... they were shredded as well. I have no idea what tire was used in the third round but they didn't work either, I was even slower again, and they were shredded.

With access to a hobby shop trailer full of tires I was lost. In my mind no tire would make it twenty-five minutes and still have tread or traction. It's time to bust out the bag of hand me downs and dig deep to the bottom. Boom! There they were. Bright orange rims, rock hard medium compound, BIG PINNED, Bow-Ties. Oh baby. Where have you been all my life? Those sweet beauties got mounted and taken off five minutes later. No way I was running those things. That's just stupid.

Main Event. Mike and Thim as well as the rest of the Orange Shirt Crew worked their tails off to provide us racers with an awesome track and facility. Brandon on the mic and a driver's stand full of racers it was time to sort it out. My car had a distinct sound of badassness going on and I would start in the fourth position. Red, white, and blue feeling all America and I have the orange rimmed BIG LUGGS on anyways! Let's go!

Into corner one and I make it out alive. Corner two and still in line with this R/C train. I'm not stuck under a pipe or flying over some fence into a windshield. Nope I'm right behind the leader. We run a clean race for a couple laps. Mike Anderson is a fellow team member so we race like pro's. As a Joe it feel's so good to race for multiple laps in a close fashion. Mike makes a mistake and I take the lead. There is nothing but open track in front of me. This is just like playing a video game and turning laps.

My radio buzzes and reminds me to pull in for fuel. Drew Heaton, my recruited pit man, fills the tank in record time and I pull out to a once again open track. Orange rimmed, old school, big pinned tires hooking up and actually getting better I had a grin on my face but still kept focus. The next fifteen minutes would be very long.

It took fifty-two laps to finish the race. Minute after minute, lap after lap, I could not make mistakes and if I did then keep it to a minimum. I wonder who this guy is that's driving my car. How is it that I am leading a race and not wrecking? How much time is left? Another pit stop? Aaaah!

I finished number one. Sweet victory! My first nitro win. It felt so good. Five years of trying and the journey has been so worth it. I know that I will always be an Average Joe and I want nothing more. The feeling of a win and the congratulations from my peers were second to none. Nothing felt better than being slapped on the shoulder from the guys I race with regularly. My R/C family. 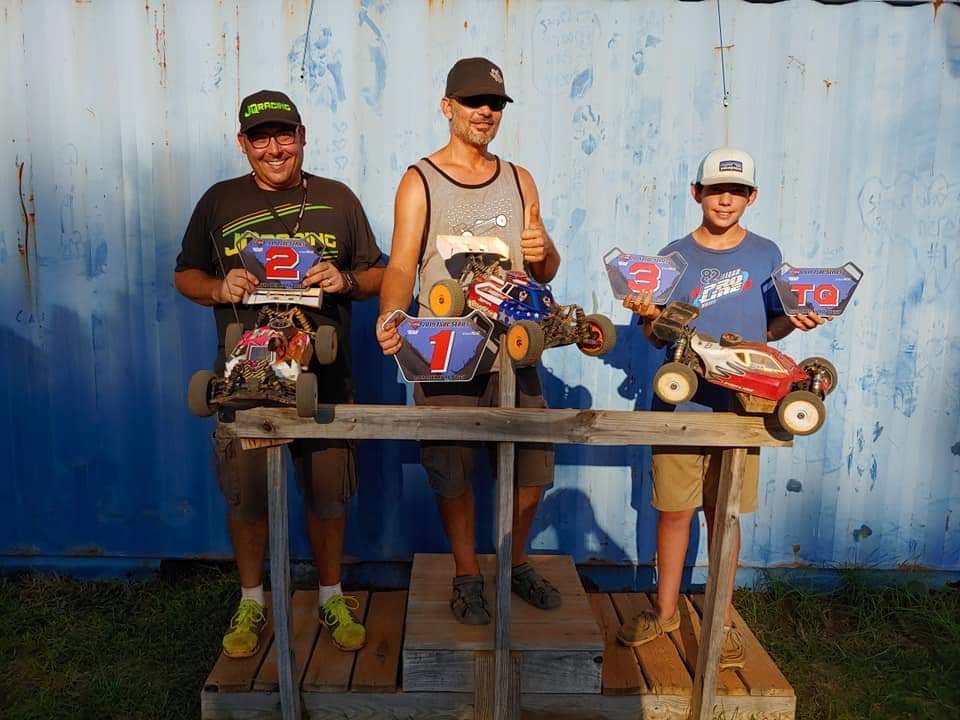 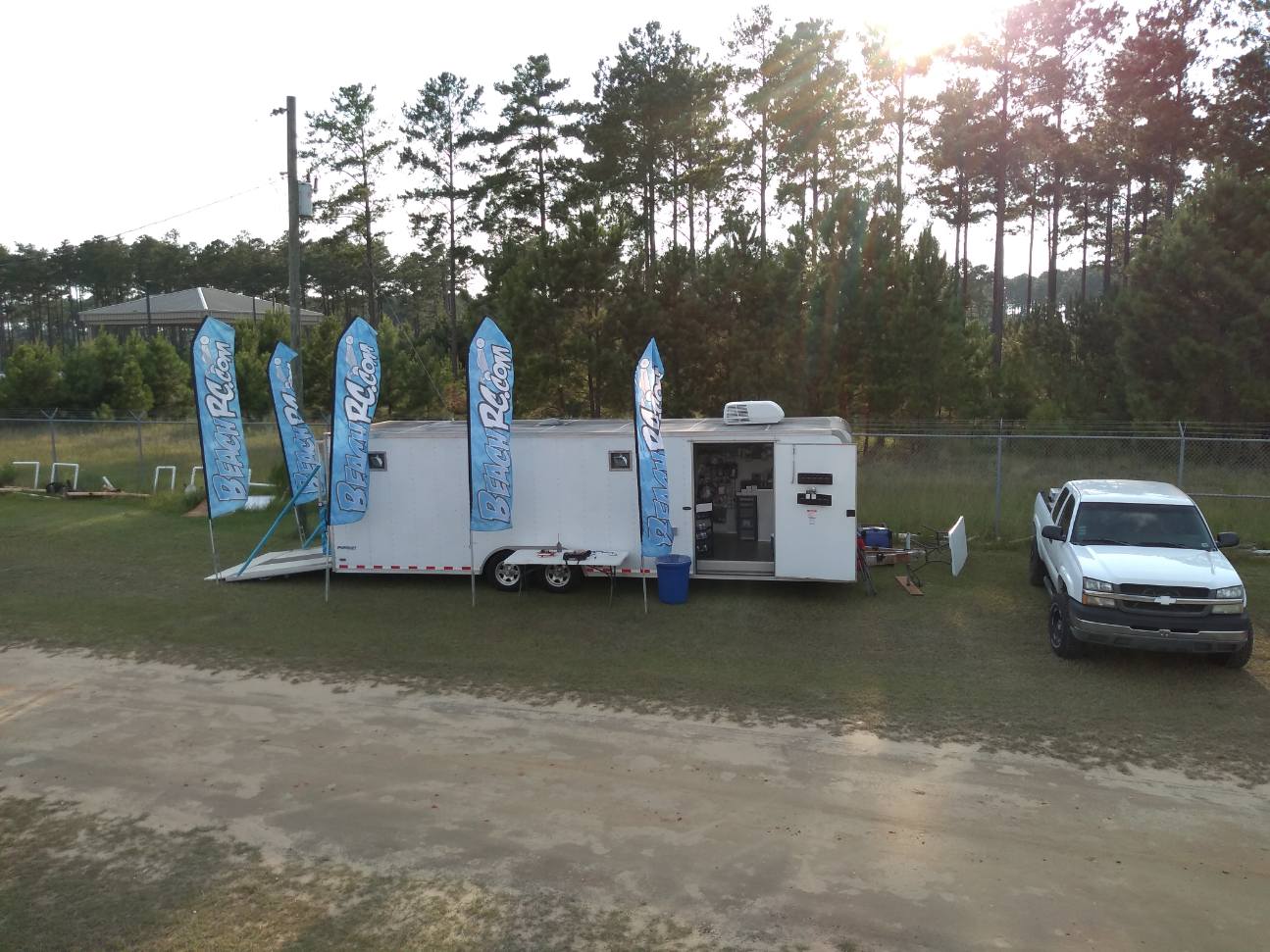 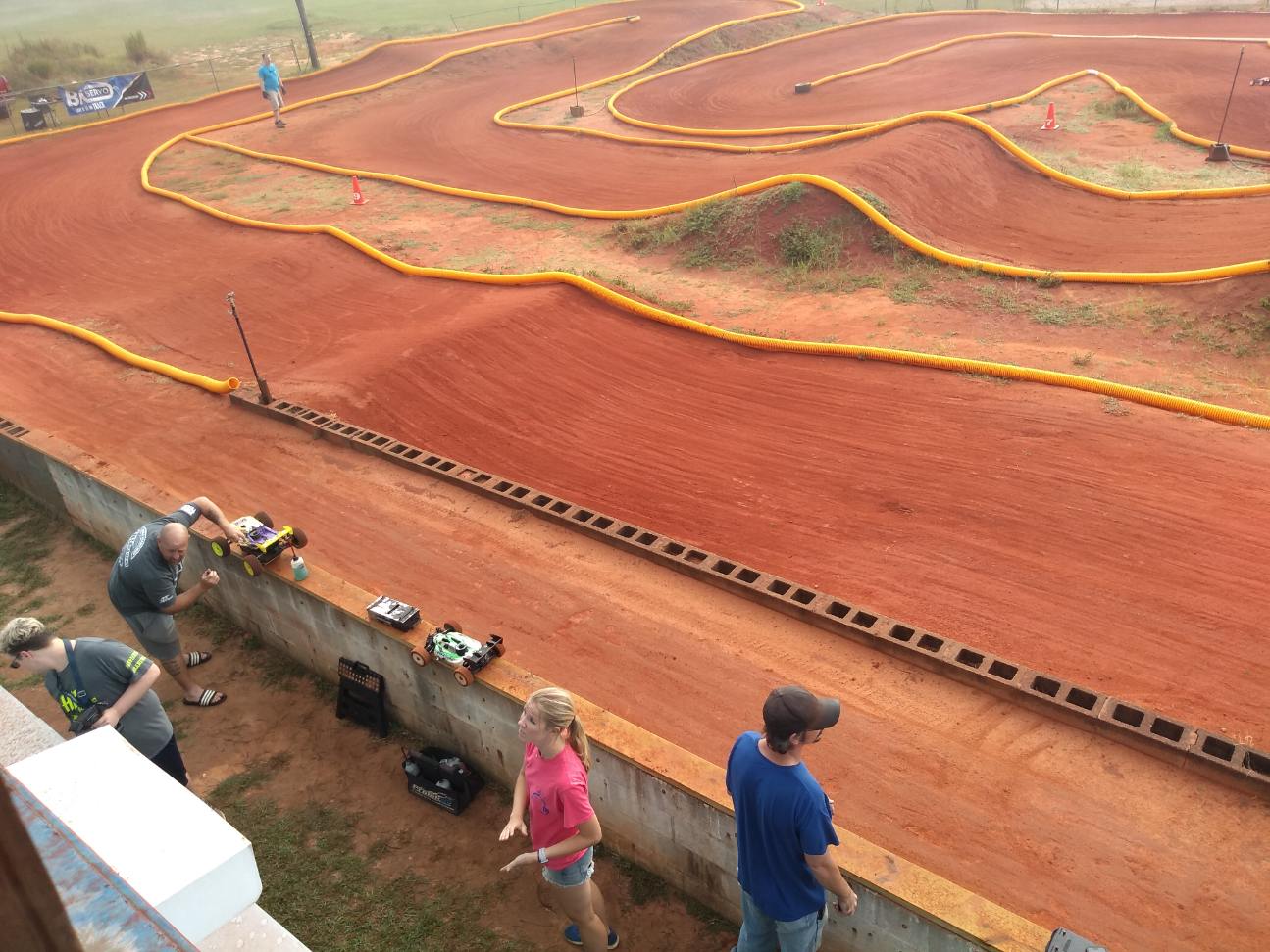 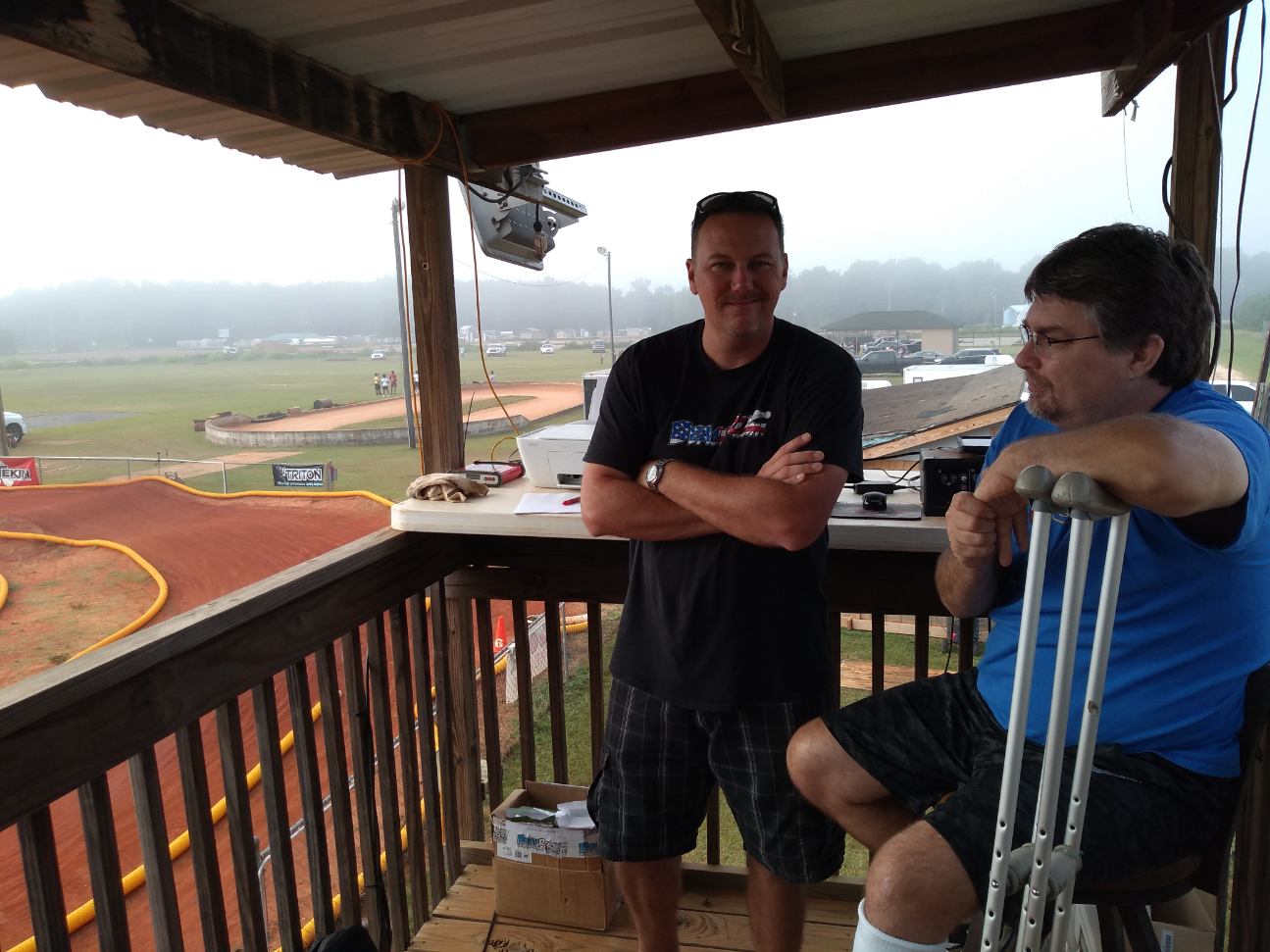 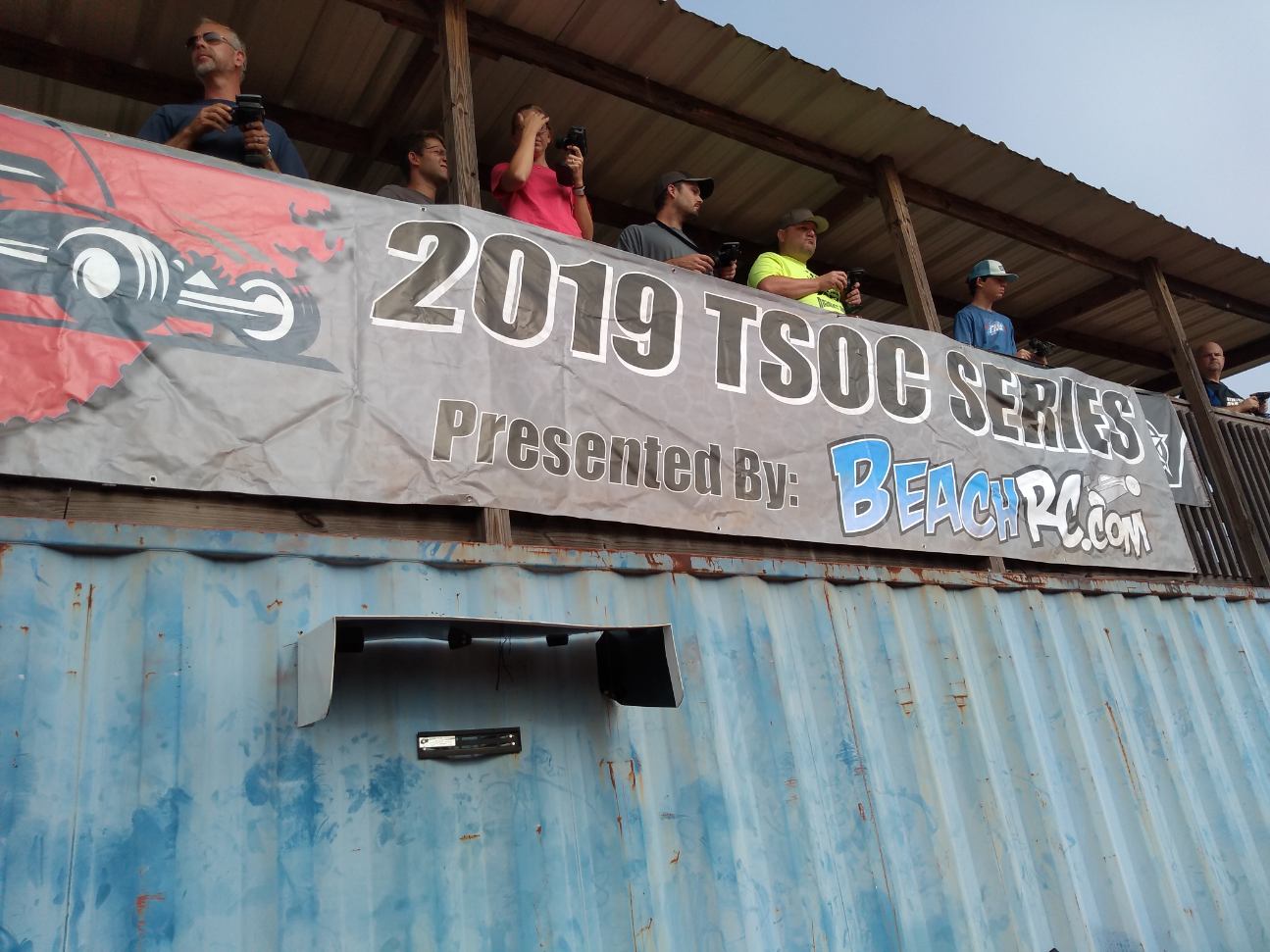 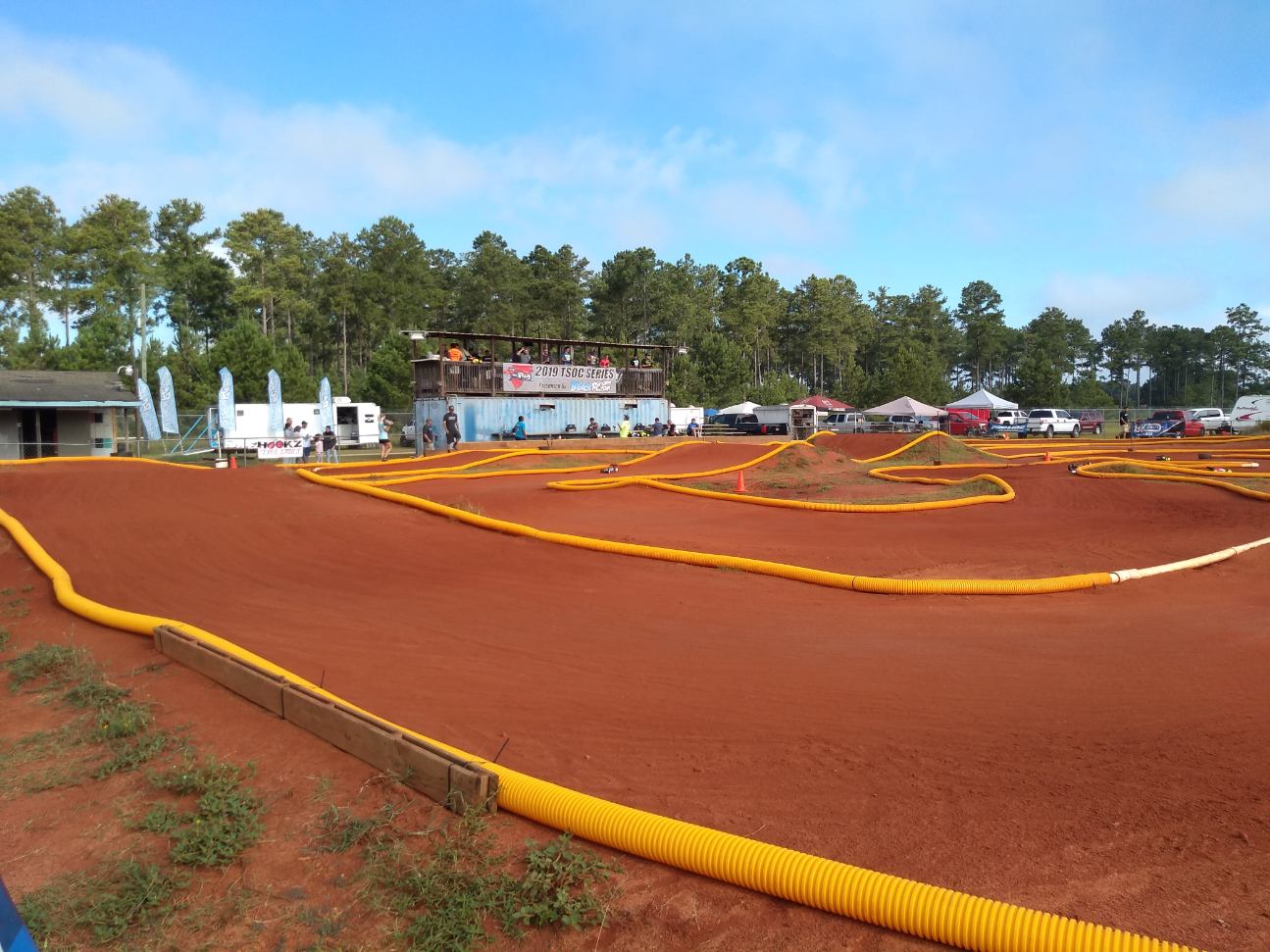