It was once referenced that trying to pass me in a race is like making an attempt at getting around a drunk snake on a narrow pathway. When first starting out racing R/C cars I thought that the pipe was put on the track to help you get down the lanes similar to bumper bowling. In qualifying, when you're supposed to get as many laps in five minutes as possible, I thought that all you had to do was get one fast lap. There were times I was reprimanded by race directors because my enthusiasm was distracting to other drivers. Apparently yelling "YEE HAAW" at the top of your lung's may bother some people. Man times have changed.

This year a commitment was made to take beachrc.com on the road. Timing could not have been better because racing in the South East is strong. Brandon Melton, race organizer, listened to the people and decided to do a series championship between the three states of Virginia, North Carolina, and South Carolina. This man sacrificed time away from family, and months of effort for nothing more than a ton of respect and mad love from his peers. This series would be known as T.S.O.C. Three States, One Champion. BeachRC was fortunate enough to be the title sponsor for this series and we traveled to all five tracks with trailer support and secret cans of go fast.

Silver Creek Raceway was the fifth and final venue to host this series. The track is built on a family farm just on the outskirts of Danville, Virginia. The first thing that I noticed was that the entire area is built on the side of a hill. Track, driver stand, parking area, the whole place had me walking at a slant and no it was not because I do not know how to party. I do, trust me.

The owner, let's call him John for security reasons, greets me and makes sure I get all settled in nice and comfortable. With the white whale set up and ready to roll I can only take in my surroundings in awe as this guy's back yard is not only every R/C racers wet dream but really and truly a top notch racing facility. Something like this does not happen unless you have true passion for our hobby and this man has that. There was a covered pit area for guys that just needed tables. A snack shack. A new driver stand and announcing booth. This place was looking good.

Early Saturday morning and I can smell burnt nitro in the sweet Virginia air. Laps get turned as drivers try to get a feel for the track with practice. Having to make a tough choice of getting some practice or going to get some breakfast I choose the latter. A full belly will make me drive faster and I have been playing a video game called VRC PRO. That's all the Practice I need.

Time to qualify and a couple people asked if I had a chance to get on the track today? I told them no but I had a chance to watch some other cars practice so I pretty much got it dialed. As round one starts I feel like I'm smoking it out there. I hear the announcer start calling names and mine was last. I wonder what was going on because I felt good but apparently I was so slow. I probably got last in the heat but I should have been moved down to novice or maybe even disqualified for sucking so bad.

When prepping for rounds two and three I decide that my car needs to be a bit more dialed so I take that knob and move it from number three all the way to ten. Now I have this baby dialed and ready to go! Round two happens and every driver must have had some serious problems because I ended up in the number one position. Round three and essentially the same thing happens. Finished in the one spot. That would put myself in the top qualifier position only because the other drivers did not know that they needed their dial turned up to number ten. If you don't know now you know, racer.

Main event time and I have to start in the pole position number one spot. This is the worst spot for me. A bunch of hungry dogs looking to bite a chunk out of my butt. Ugh, I'd much rather start in the back. Off we go and it's a very clean start. I make the first mistake and work myself all the way to the back. Aaah, such relief. It's so much more relaxing back here. Now I can focus on tail whips and how cool my JQ car looks when I accidentally pull one off.

Somehow I get back into the race again and have to battle all these gnarly dudes on the track. Cars go flying everywhere while I try to bob and weave my way around this twenty minute race. I particularly remember having to battle this car with pink in it. He was faster than me all day long and here he was again in the main. It came down to the last lap and pink car, otherwise known as Brian, was in second place and I'm about a second behind him. There was no other choice but to send everything as hard as I could and see what happens. My poor little buggy got shot over a triple jump that it could not make. I smashed right on top of it but limped away. Having no intention of letting off the throttle I do the same in the last lane before the finish. This section had two double jump's that were hard to hit. All or nothing, ball's to the wall, have no mercy my eye's were closed. Somehow I crossed the line in the second place position. Boom.

Camden Lee put down the heat to take the over all Championship. Somehow I finished second overall for the series. I walked home with a bunch of trophies that will fill my wall with pride.

This was a fun adventure and fantastic series. I hope T.S.O.C. happens again next year! Thanks to Brandon Melton for the series. Beachrc.com continues its adventures this week at Georgia State Championships hosted by Phil Hurd Raceway in Savanna, Georgia. See ya'll next time, your Average Joe RC. 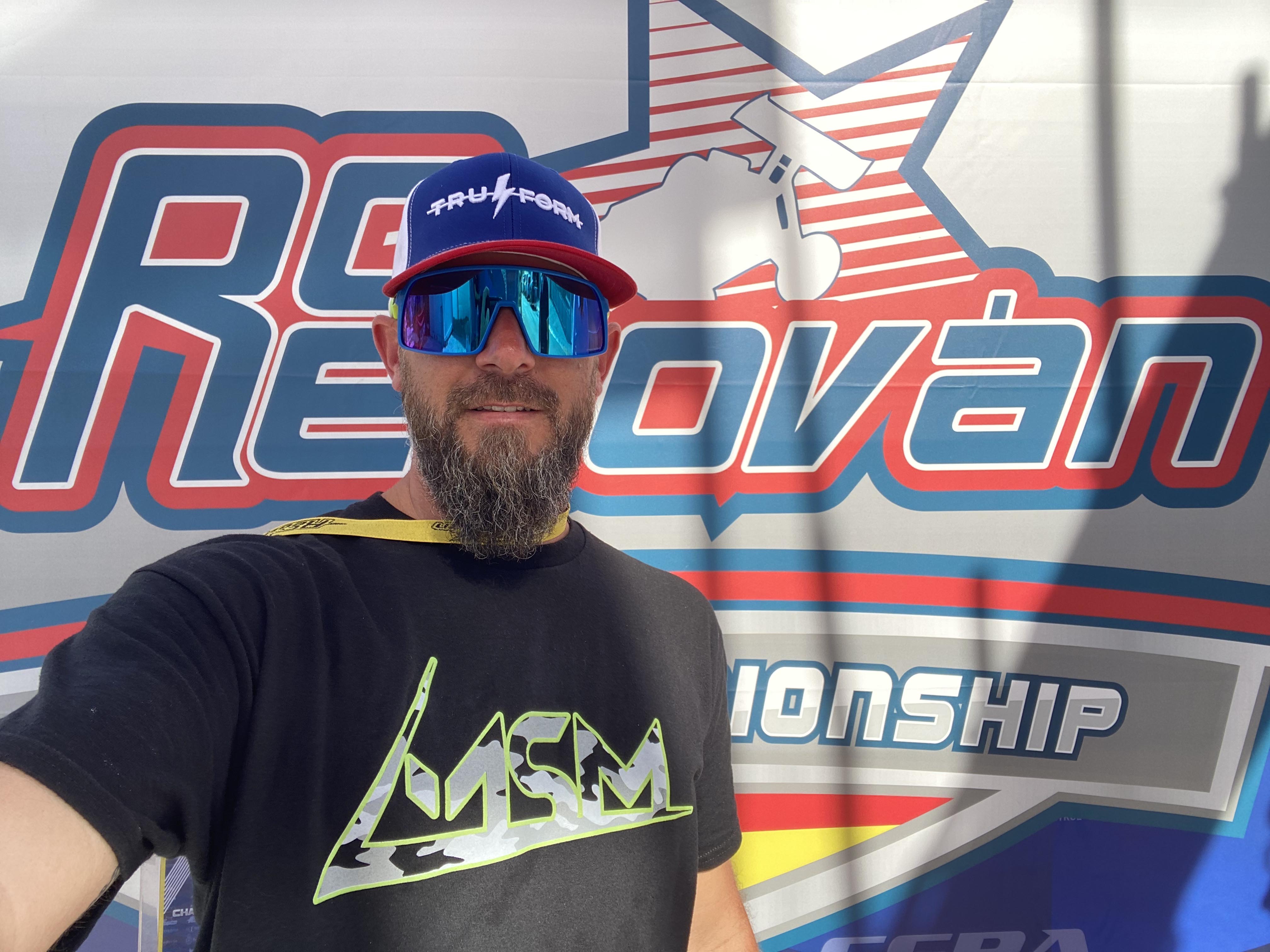 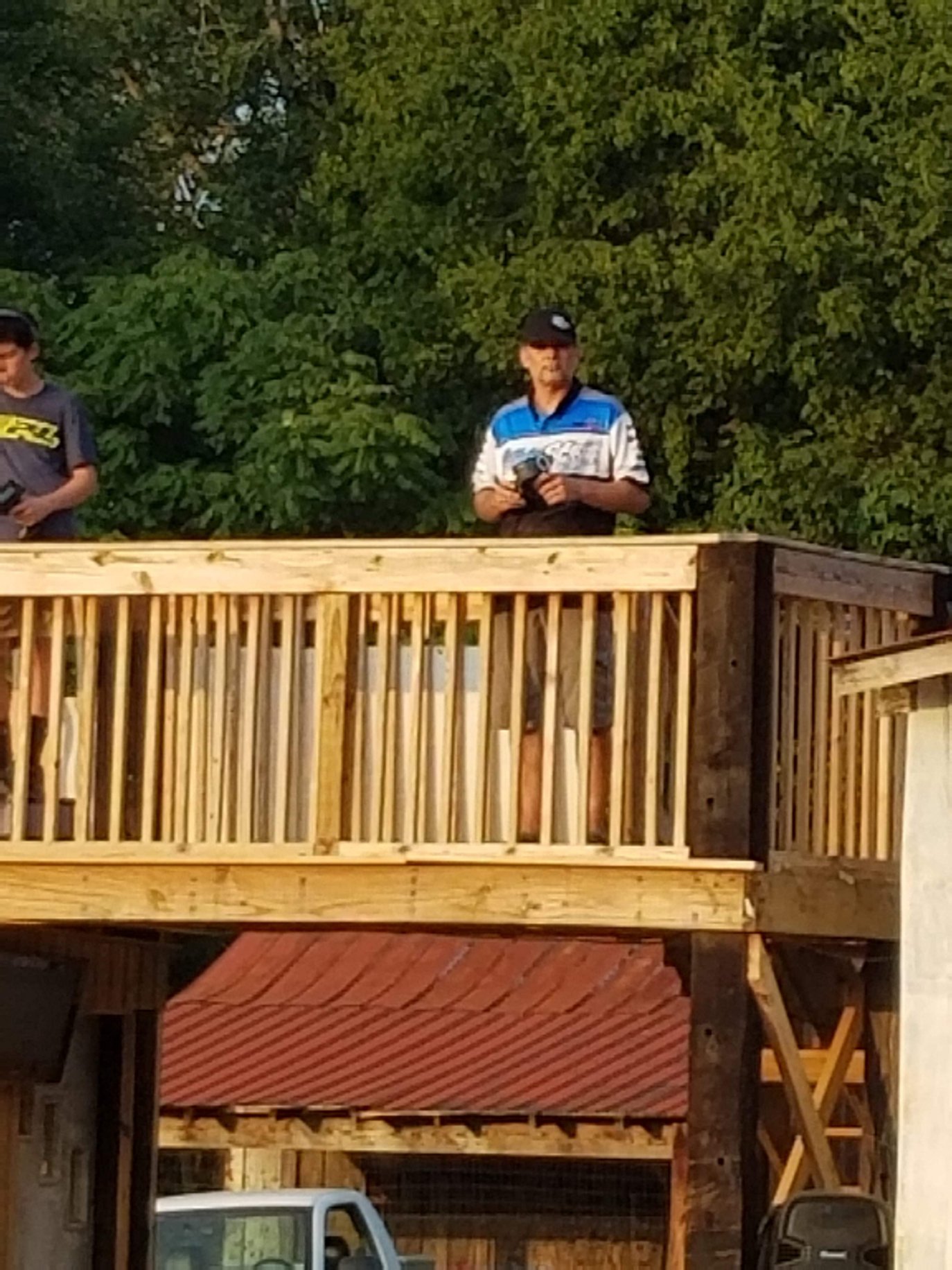 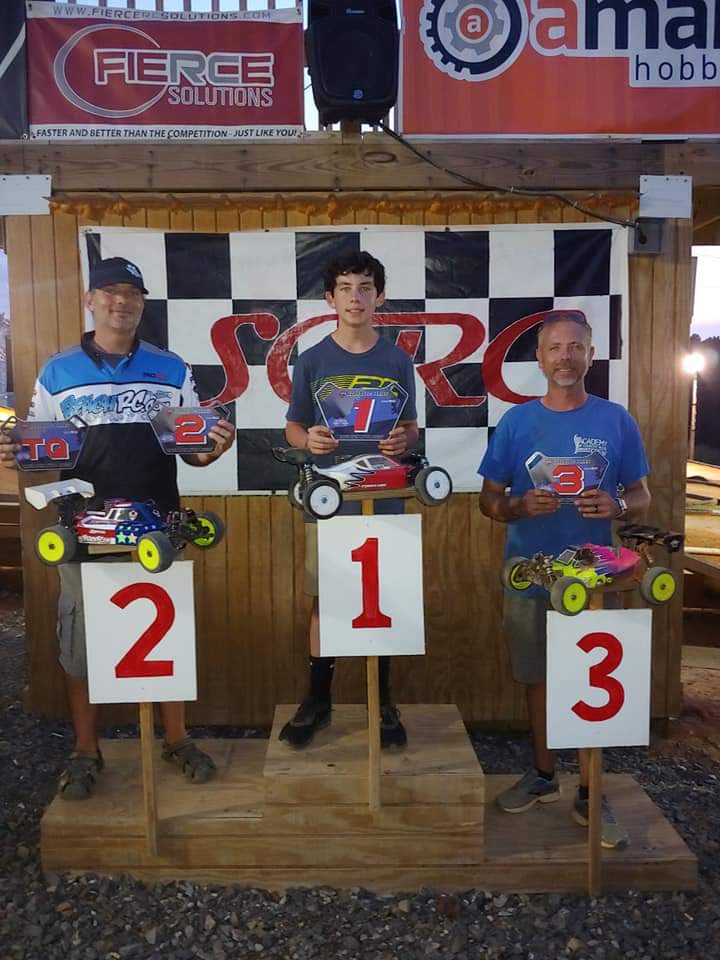 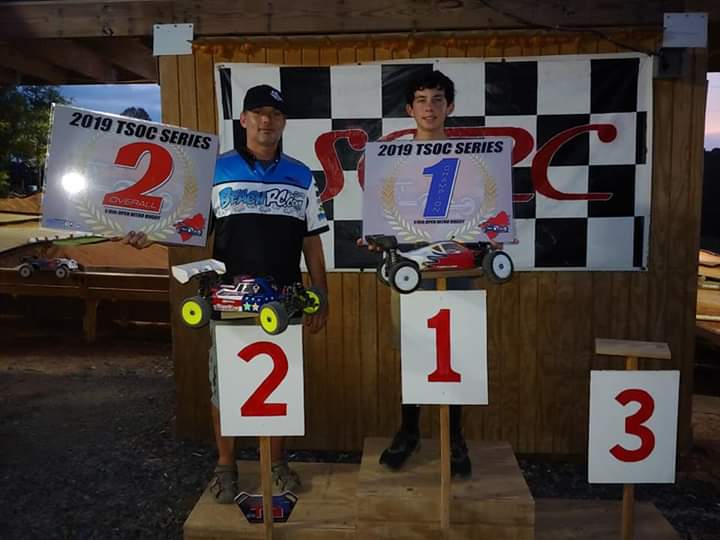