Hanna Crowned The Master OF Dirt With A Nearly Perfect Weekend

Hanna Crowned The Master OF Dirt With A Nearly Perfect Weekend

You couldn’t have painted a prettier picture if you were Griffin Hanna when thinking of how you would want the event to go. When you prepare for an event like this and want to earn a title like “The Master of Dirt” you only dream of things going the way they did for Griffin Hanna. 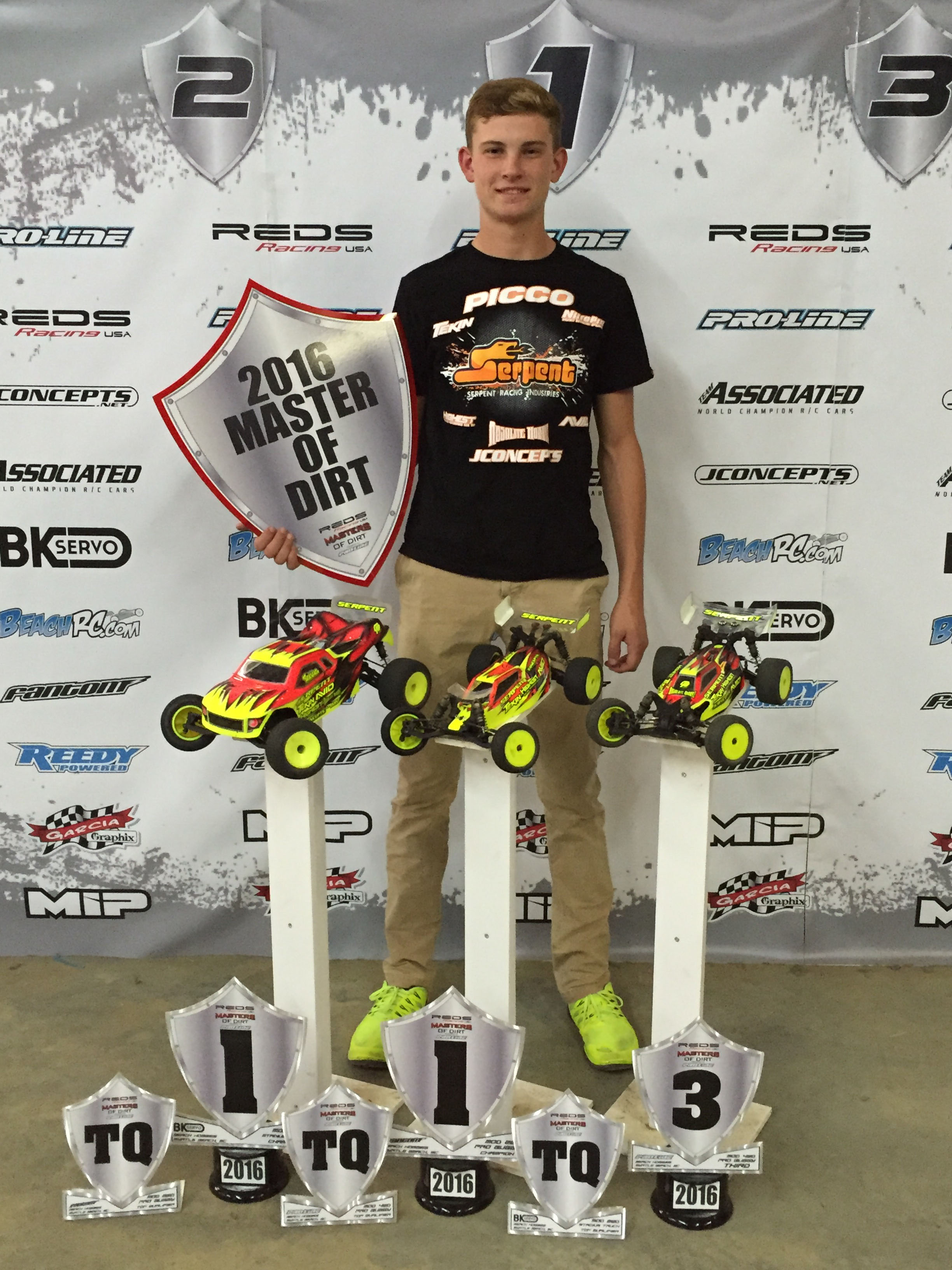 As the Carolina Clay at Beach RC & Hobbies was only two weeks removed from being a world class dirt oval for one of the premier events of the year; The Dixie Nationals. It was time for the Beast Of The East to come to life. No rest for the wicked as the crew developed and laid down one of their best off-road layouts to date for this years Masters.

Friday was a full 12 hours of practice for the competitors to get their vehicles dialed in, the track would also go through some changes to get to where the track crew would maintain the grip and smoothness. As racers came and left all day you could tell this was going to be an event for the books.

Early Saturday morning the doors opened up as people poured in to get their pits set up and some were getting ready for some last minute practice before Quals started. Once the clock hit 9am Race Director Lance McDonald had the event on GO and races were on and moving. At the end of round one it was tough to tell who was going to be on top in the 4 classes that would qualify you to become the Master of Dirt (Pro 2wd MOD Buggy, 4wd MOD Buggy, 2wd MOD Stadium Truck and 2wd MOD SCT) as the competition was close and very tough. At the end of round 2 however Team Serpent Factory driver Griffin Hanna had emerged as the favorite claiming 2 overall TQ’s in MOD Truck and 4wd Buggy. But he still had work to do in 2wd Buggy after getting round 2 TQ over Team Associated driver Braydon Obremski. In Round 3 everyone knew it was Hanna’s race to lose as he wrapped up a triple TQ and was a shoe in for the 2016 Master Of Dirt.

After all the dust had cleared and Saturday was over we had some stout upper mains and some lower mains that could be A Mains at other regional or bigger events. At 9am the horn sounded and the lower mains started. Every main would have 8 seeded and 2 would bump to up from the previous lower. At the conclusion of all the lower mains it was time for the BeachRC.com Dash 4 Cash which this year featured the 4wd MOD Buggy division. Last year Hanna grabbed the cash away from the 2015 Master Of Dirt Steven Hartson and this year he was yet again in the Dash and the favorite to take the money. Everyone knows Brent Densford doesn’t like this race to just be a line up and race type of event. So prior to the start of the race Densford called TQ Hanna to the track and showed him and the crowd what they were racing for. And then pulled 4 numbers out of his hat and Hanna had to choose one that ranged from 5-8. Hanna drew the 7 and to his surprise the field was inverted at the top 7. This race is one of the most watched and anticipated races of the weekend and it would not disappoint. This 5 min dash saw 4 leaders and a late race pass by X-Ray Driver Landen Lewis to take the win and grab the $250 cash prize.

The first A-Main was BK Servo 2wd MOD Stadium Truck and it was all Griffin Hanna. Taking his first win and one step closer to the Master Of Dirt. Jader Lopez would finish 2nd and Braydon Obremski would take third. The next race on the program was the Team Associated Open 2wd MOD Buggy A-Main. Jackson Brunson would take the win after some unfortunate luck for Aaron Sikes followed by Daniel Chavez and Nicholas Klein. The JConcepts 17.5 Stock Buggy class was the second biggest class of the weekend and the competition was awesome. Taking the win was AJ Marasco followed closely by Patrick Rossiter and Chris Pace. The next race would be the second race in the MOD hunt, Fantom Racing Pro 2wd MOD Buggy. JConcepts driver Griffin Hanna would take the win and virtually locked up the 2016 Master Of Dirt Title followed by Pro-Line driver Braydon Obremski in 2nd and Pro-Line’s Landen Lewis in 3rd. Race 27 would be the MIP 4wd SCT A Main and none other than the dominate Julien Oliveras would take the win followed by Joshua Alfro and Loop is Live’s Bobby Moore. Race 28 was the Reedy MOD 2wd SCT class and Team Associated’s Austin Odum took the TQ and the win on the weekend followed by the Iron Man Frank Deiny and Peter Galyean. With Odum taking the win in this race it secured the title for Hanna and all he had to do in 4wd is race for the win and enjoy himself. In race 29 it was the 40+ 2wd MOD Buggies. This was a great race and Jerry West came up jusssst short with Frank Deiny taking the win in one of the 5 classes he entered. Local favorite and Badlands operator Kevin “KB” Bullock came home in the 3rd postion. Race 30 was the final race of the day, The Pro-Line 4wd MOD Buggy class. This 10min race had passing, speed, excitement and fun the entire time. You could have thrown a blanket over the top 3 for nearly the entire race. Griffin Hanna was the man to beat and nearly had it won, Hanna, Christian Pahud and Landen Lewis all crossed the line just before the finishing bell sounded and half way around the track on the last lap Hanna’s battery dumped and lost power allowing Lewis and Pahud to get by Hanna moving him to third. Landen Lewis took the win followed closely by Christian Pahud in 2nd.

The Second Annual Reds Racing Masters Of Dirt was defiantly a success and showed amazing growth and potential. We can’t thank our sponsors enough for their help and support. (Reds Racing USA, Pro-Line, JConcepts, Team Associated, Fantom, BK Servo, Reedy, BeachRC.com, Garcia Graphix, MIP, FDJ, Sticky Kicks, Leadfinger RC and Schelle Racing Products.  Lots of great door prizes were given out and many very happy racers.  We can't show all of the pictures on here but they will be posted in an album on the MOD facebook page.

The date for the 2017 Masters Of Dirt is tentatively set for November 10-12, allowing plenty of time for racers to make plans to travel to sunny Myrtle Beach for the event. We look forward to having you come and try to become the next Master Of Dirt. Until then keep having fun, Keep Club Racing, make sure you support your local hobby shop and tracks and be #bayleestrong.

For more information or to keep up with the M.O.D. news like the Event Facebook Page https://www.facebook.com/Masters-Of-Dirt-RC-Championships 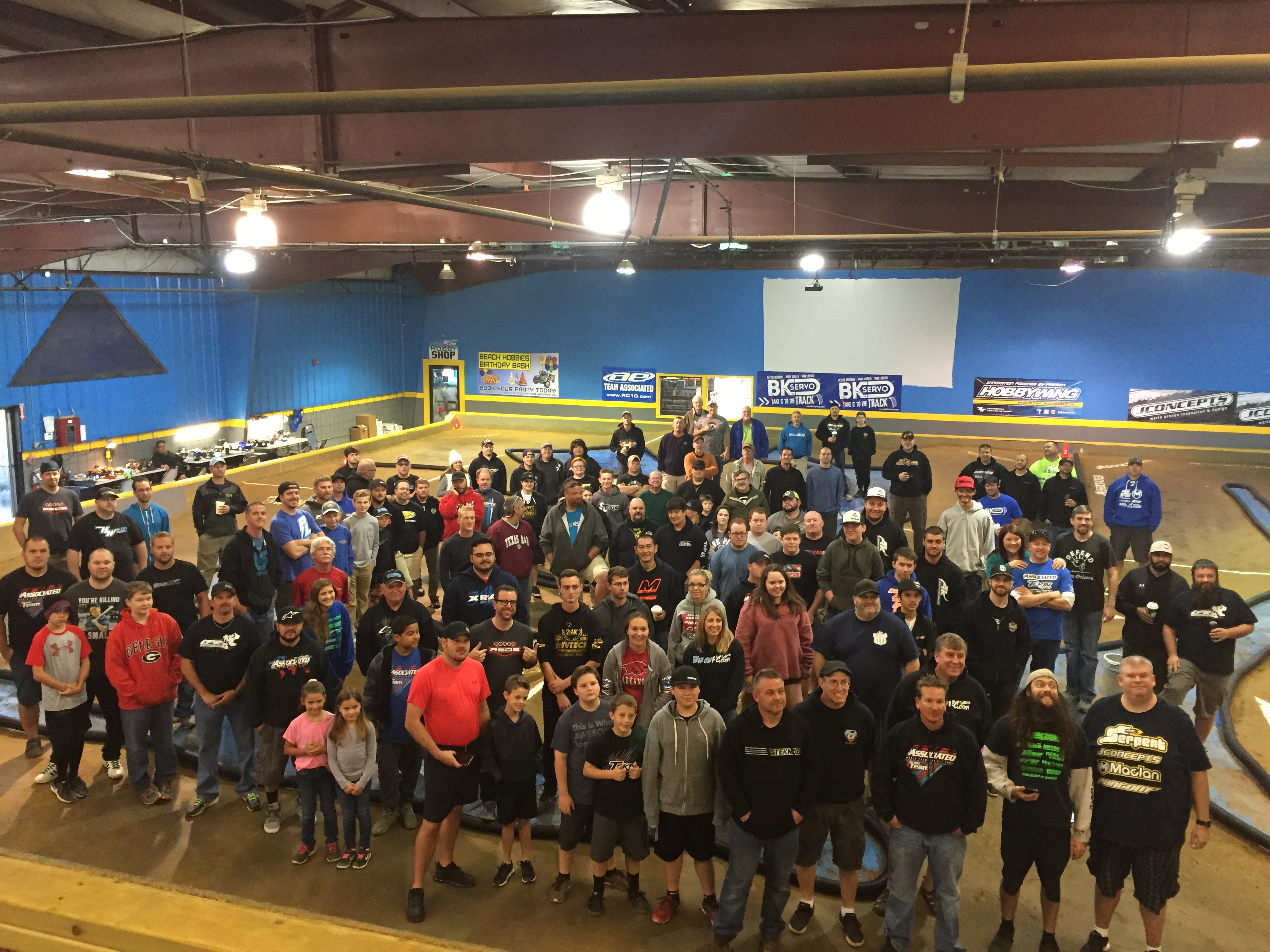 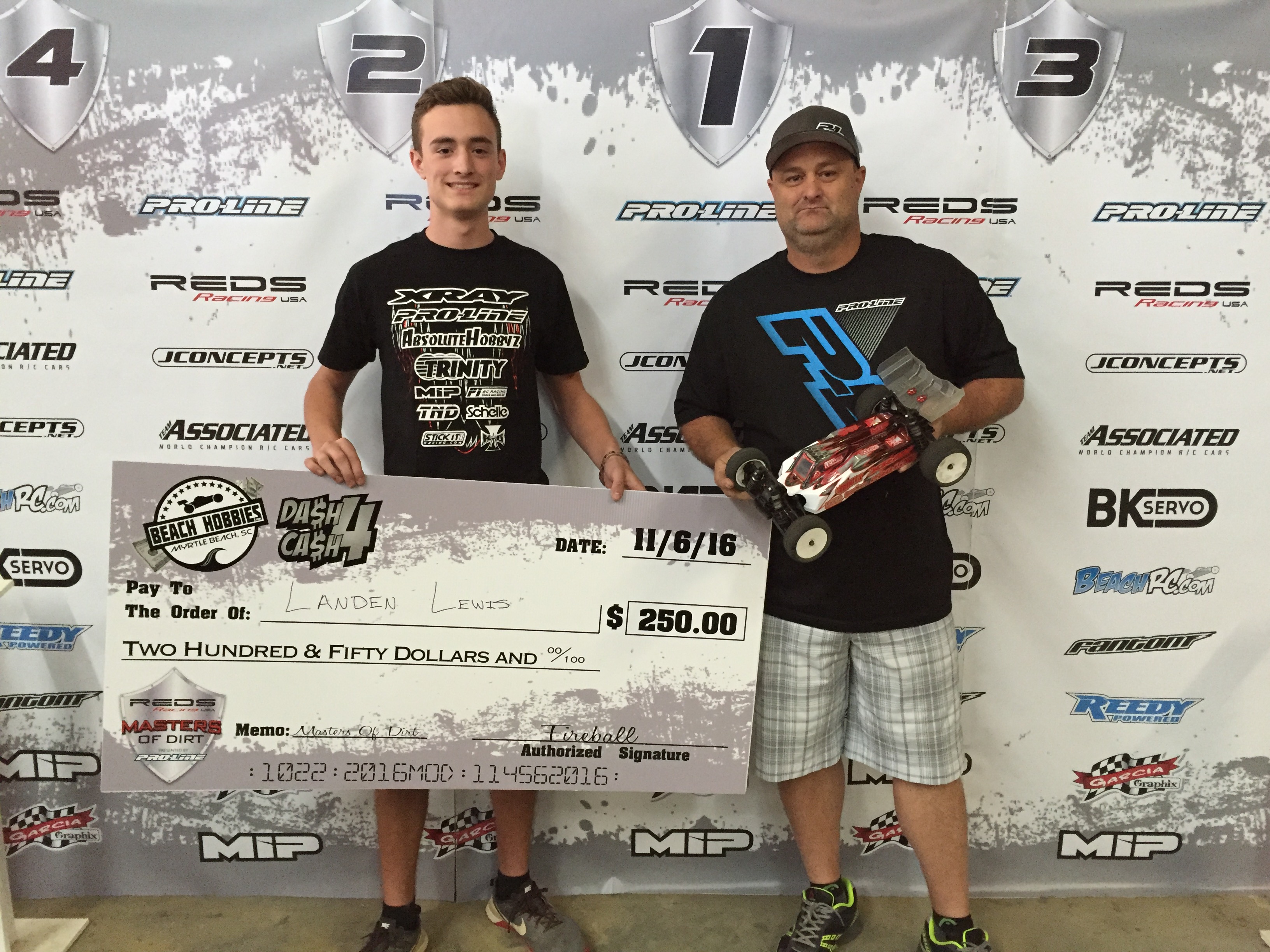 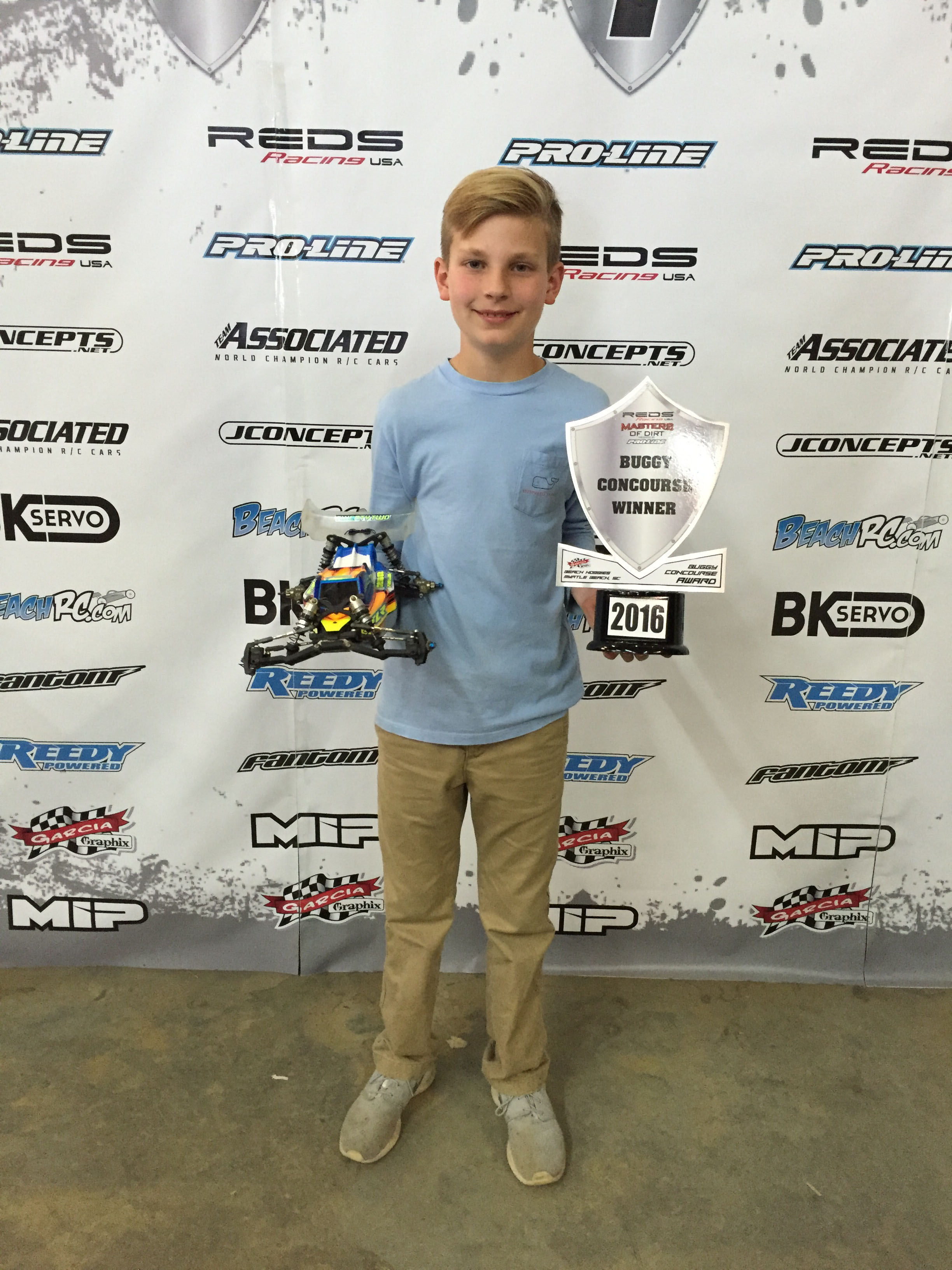 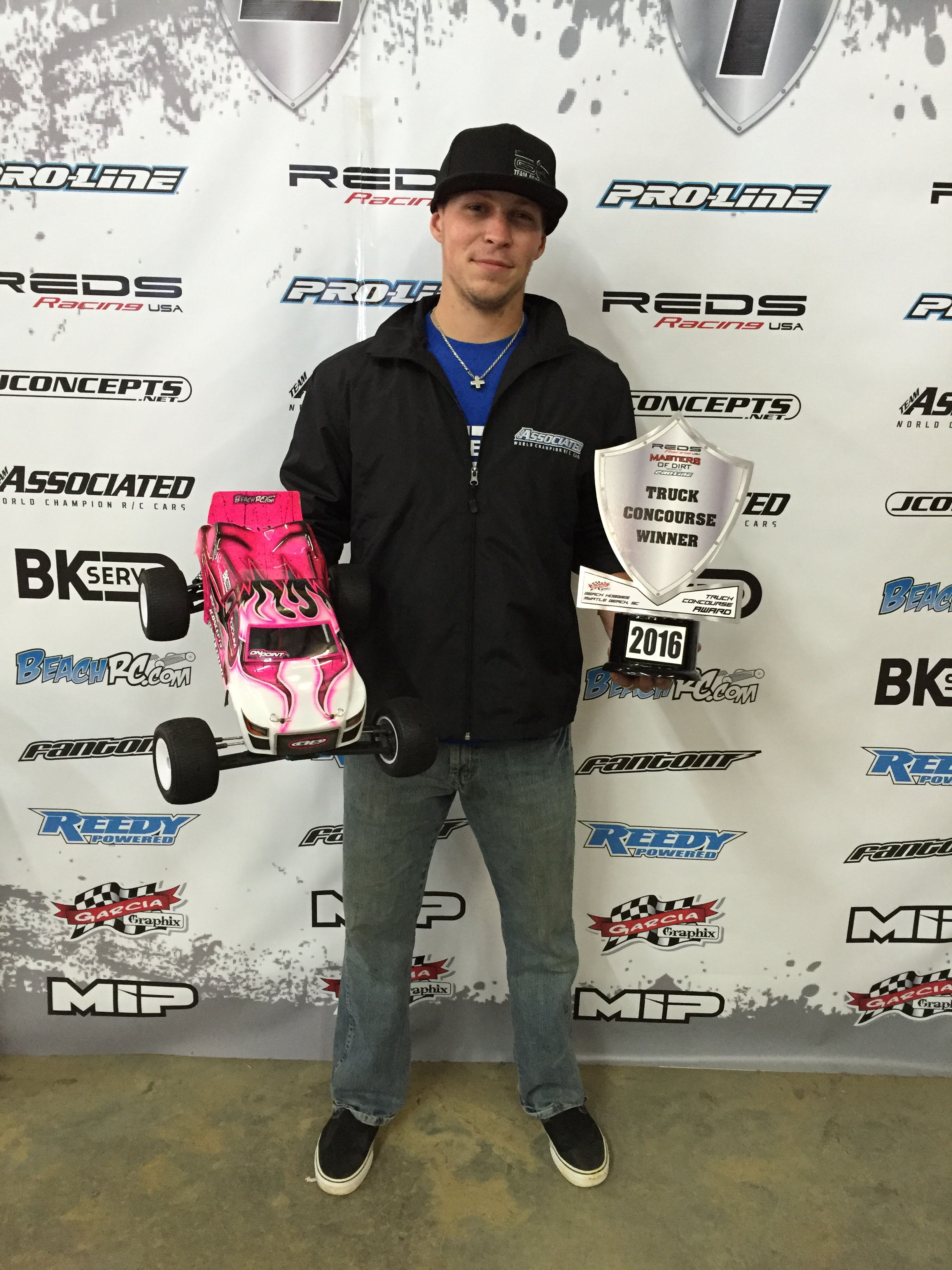 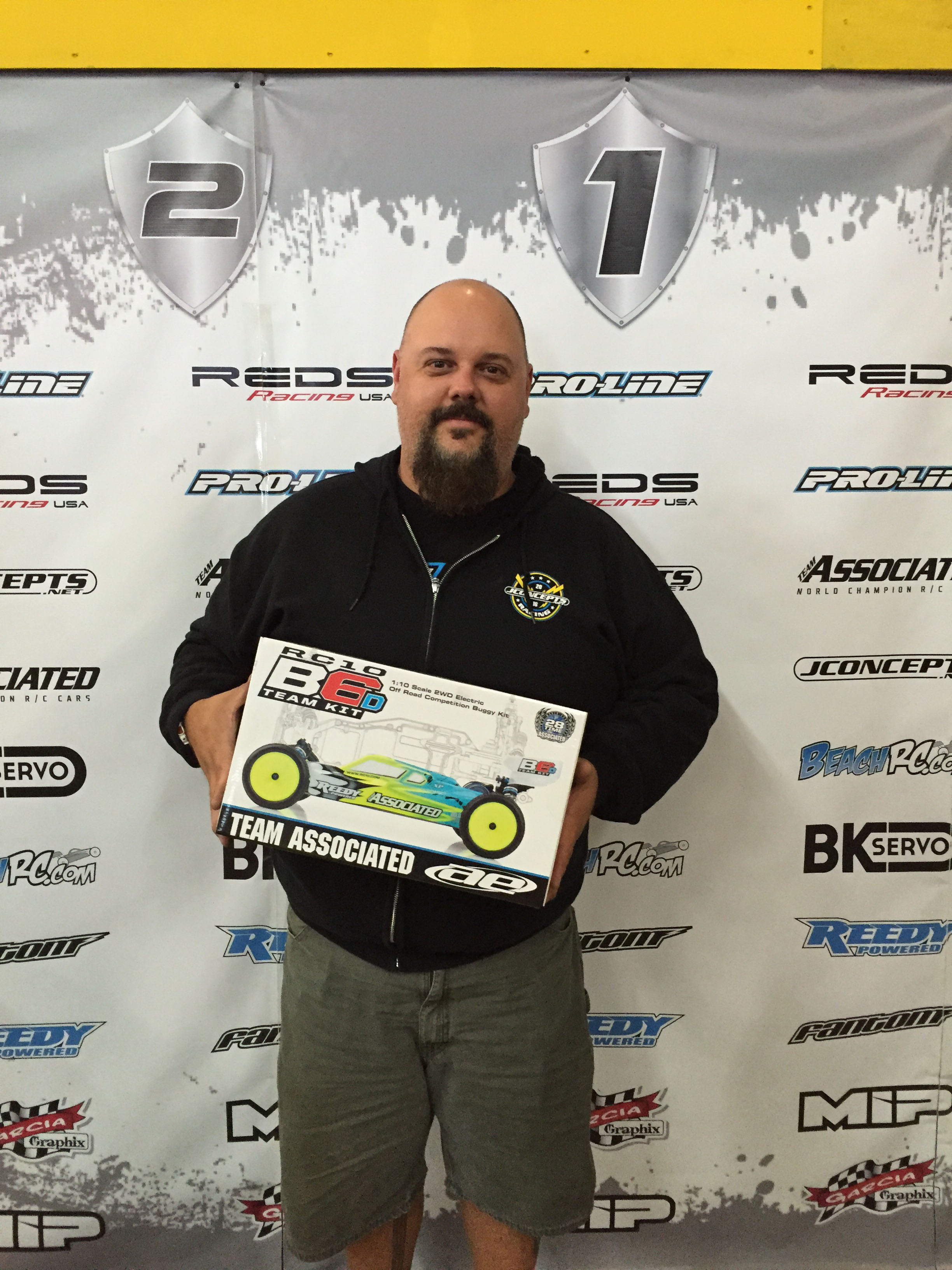 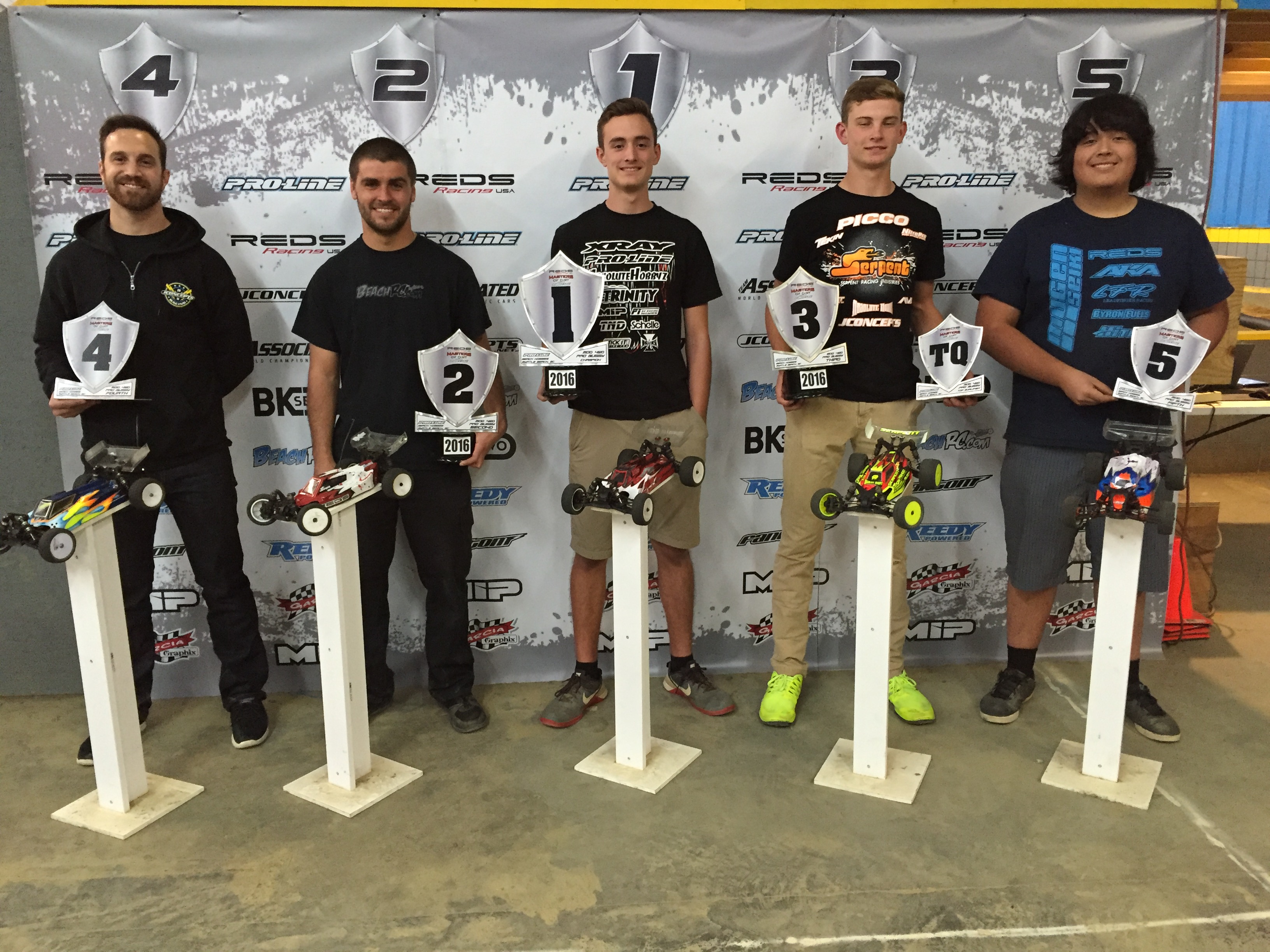 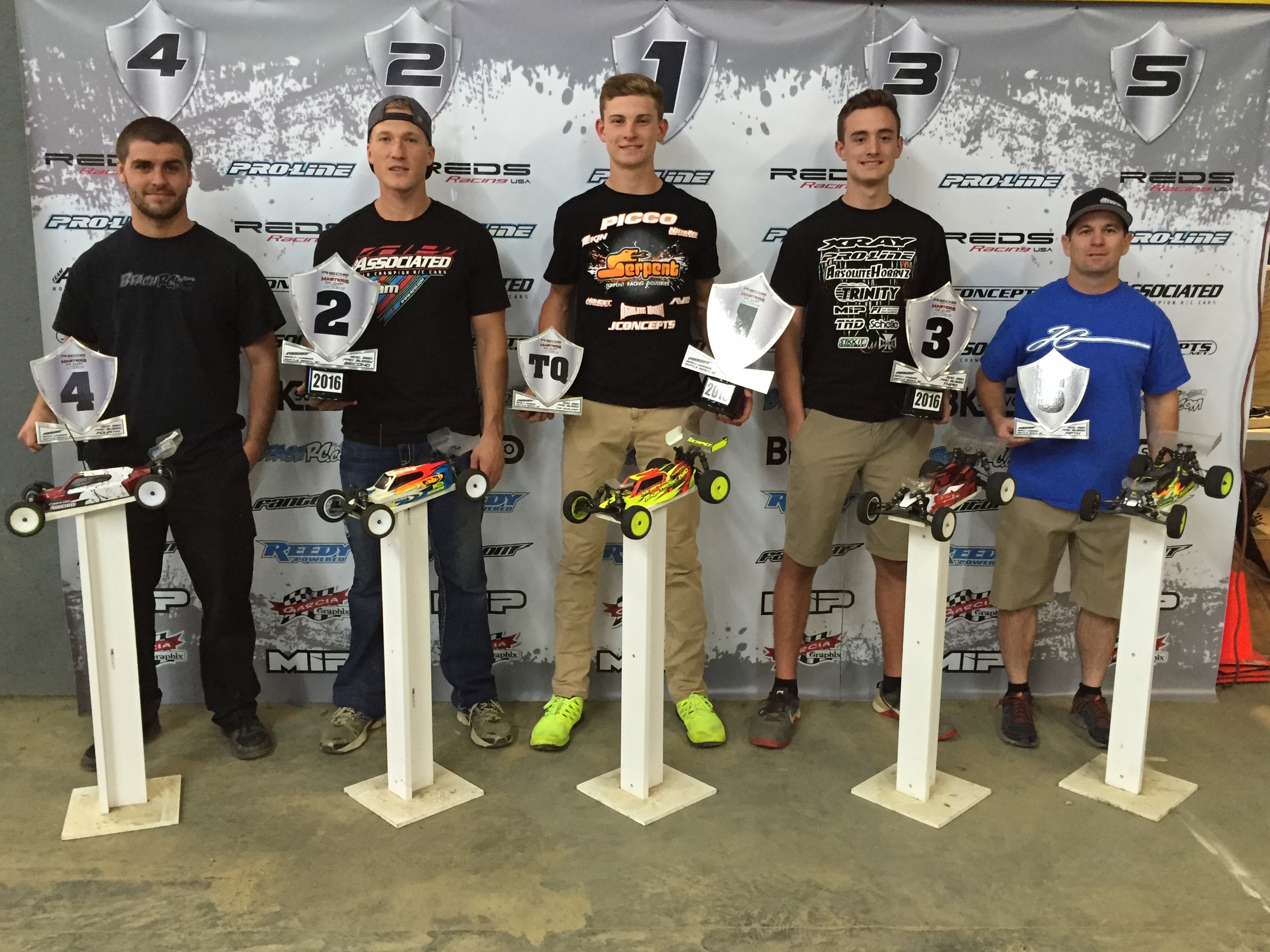 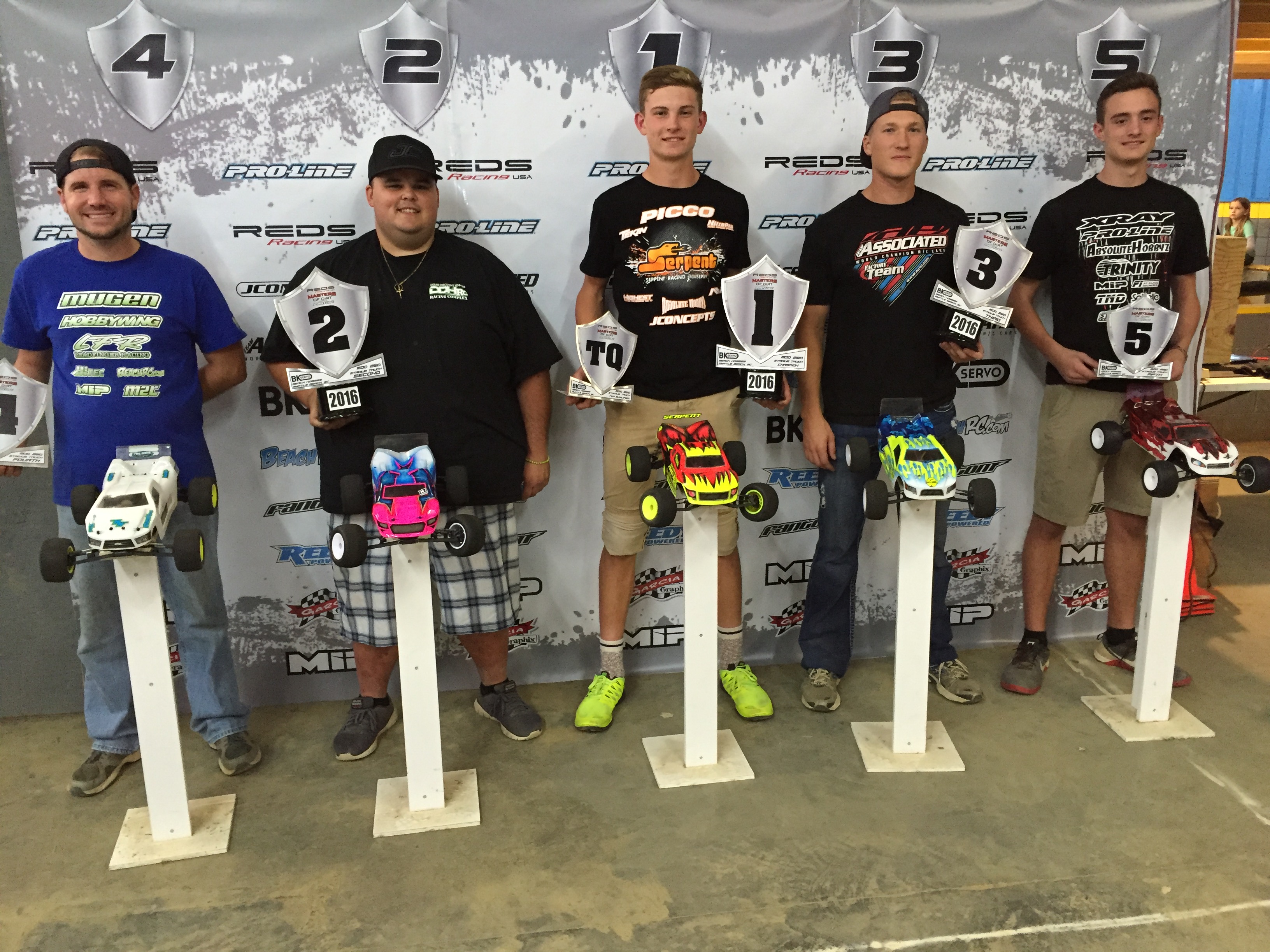 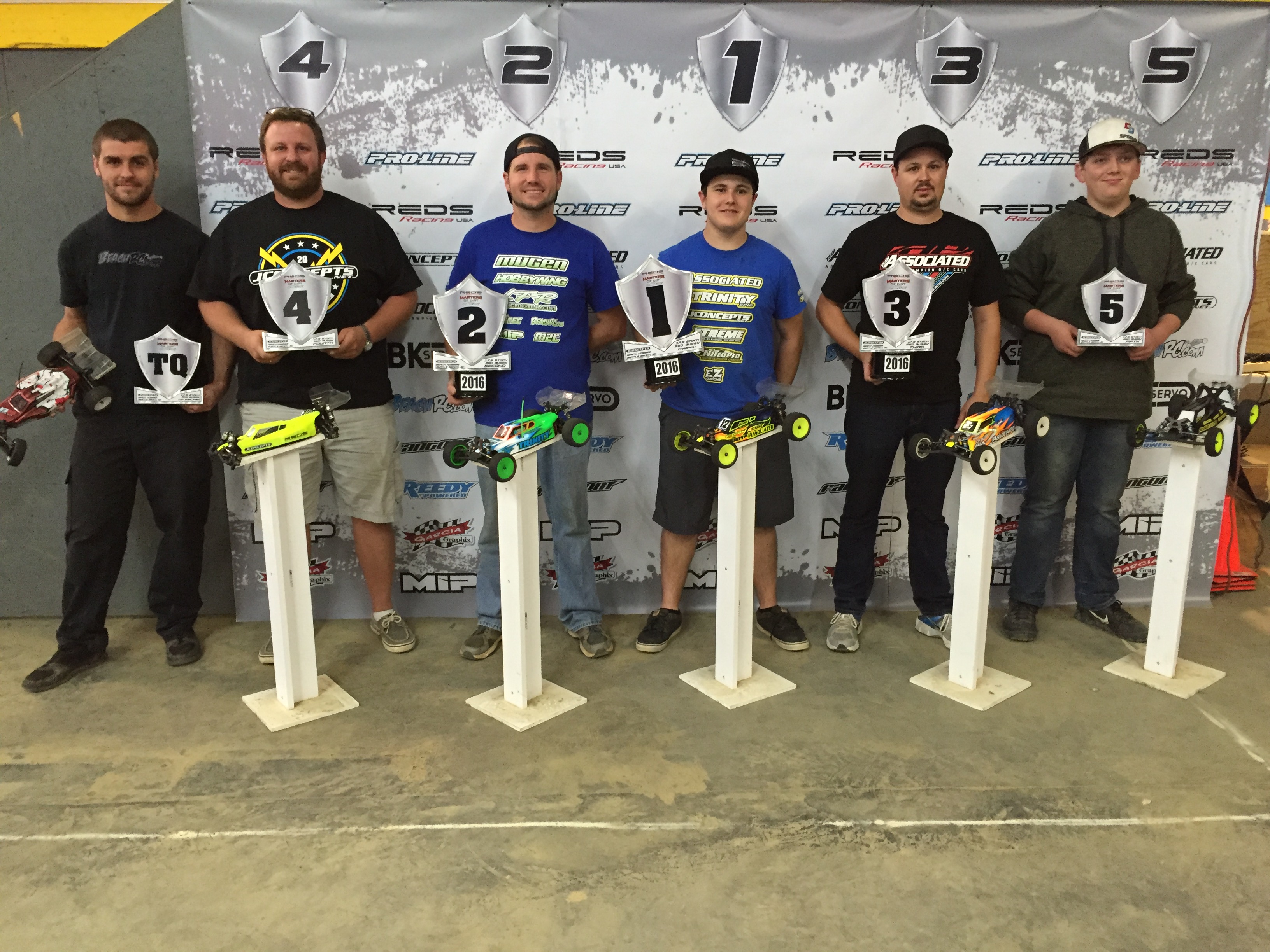 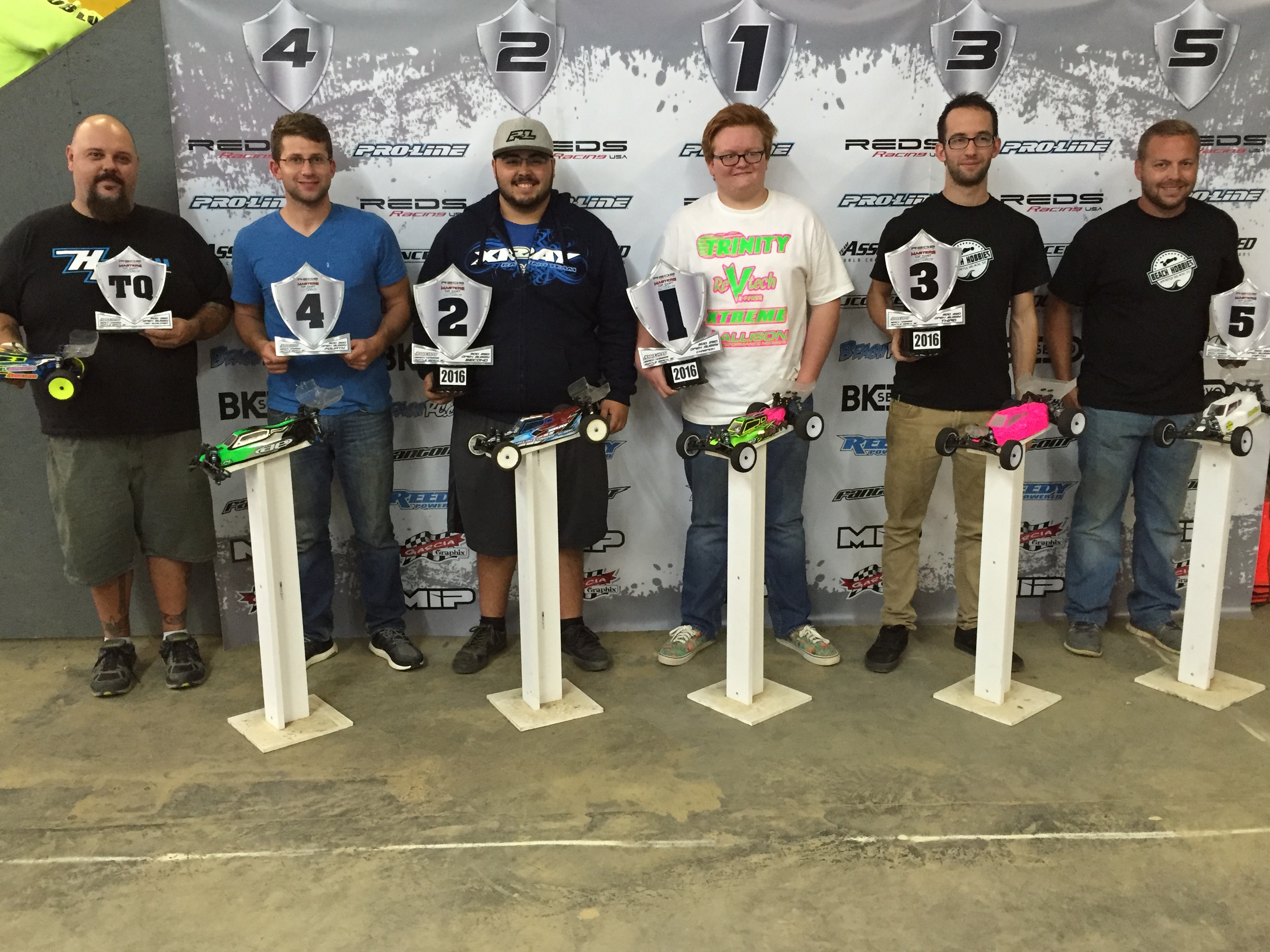 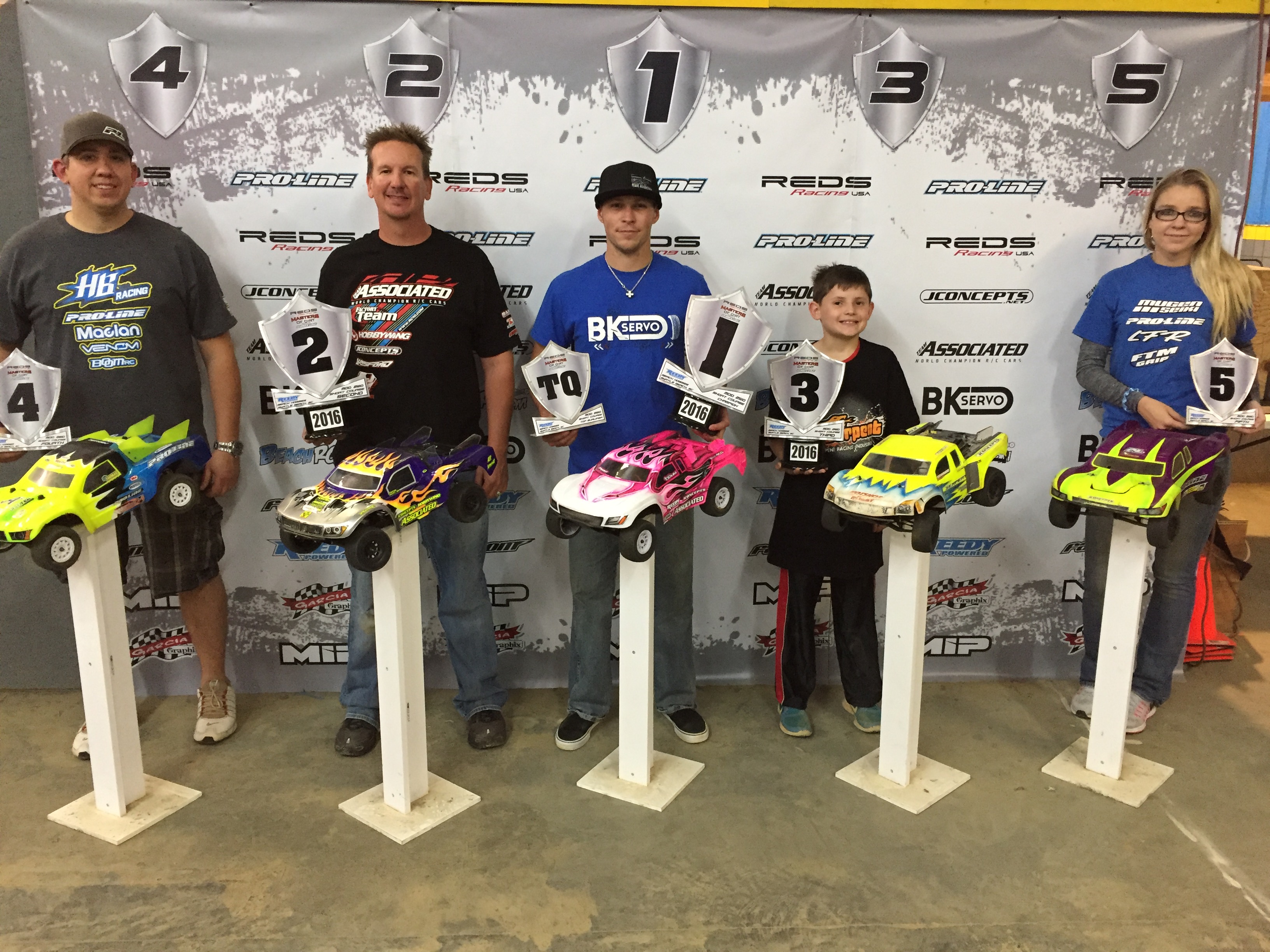 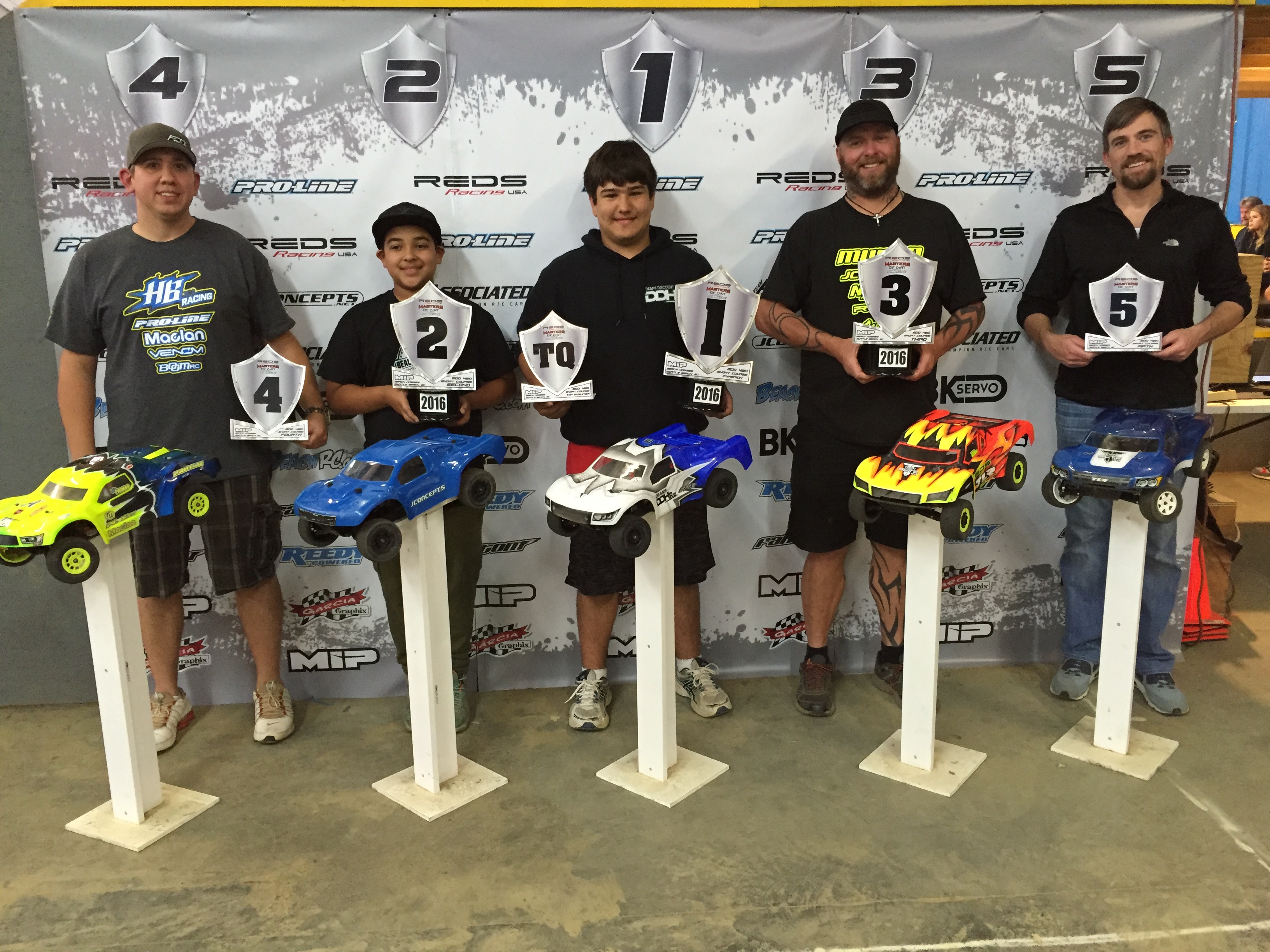 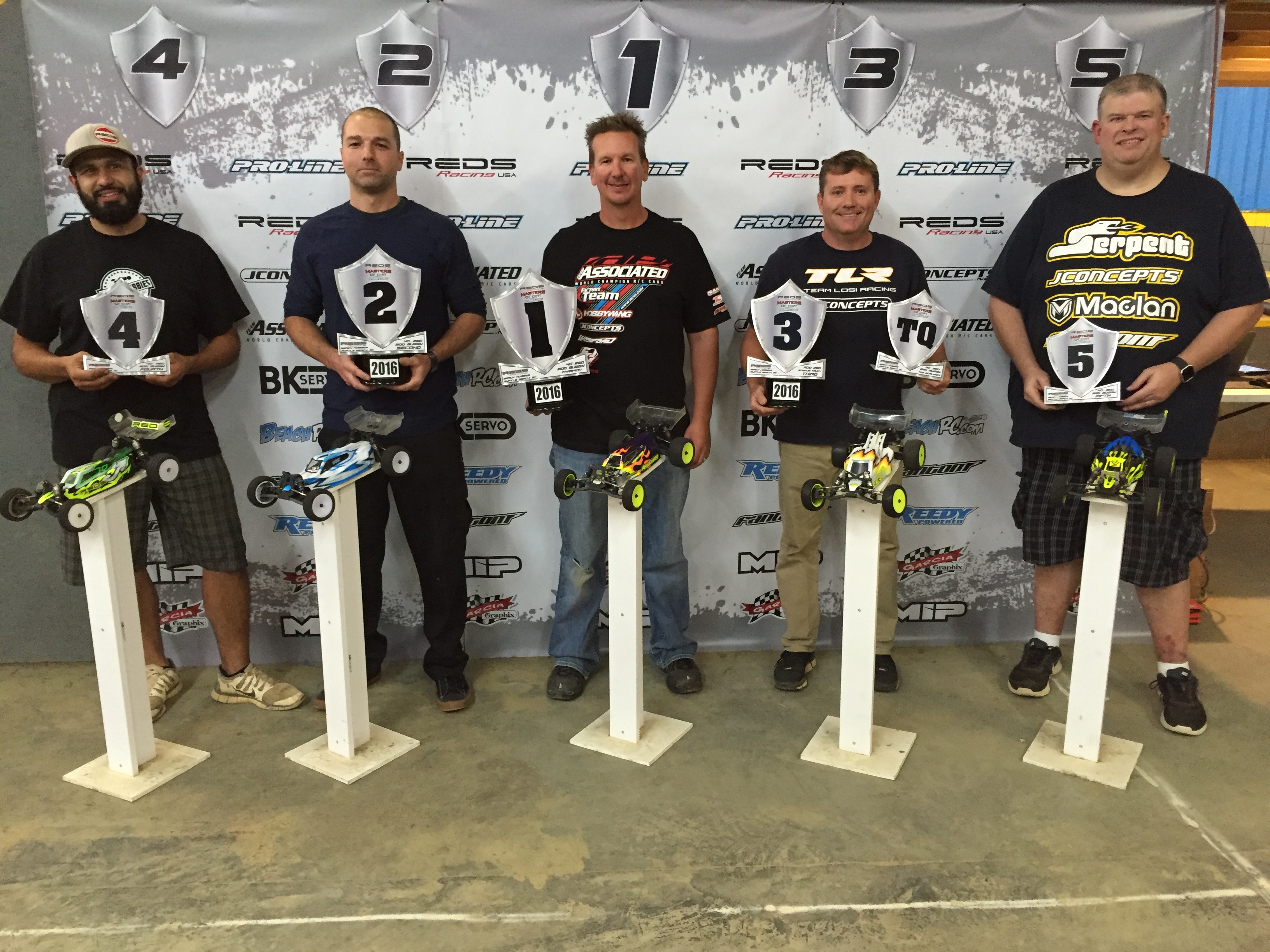 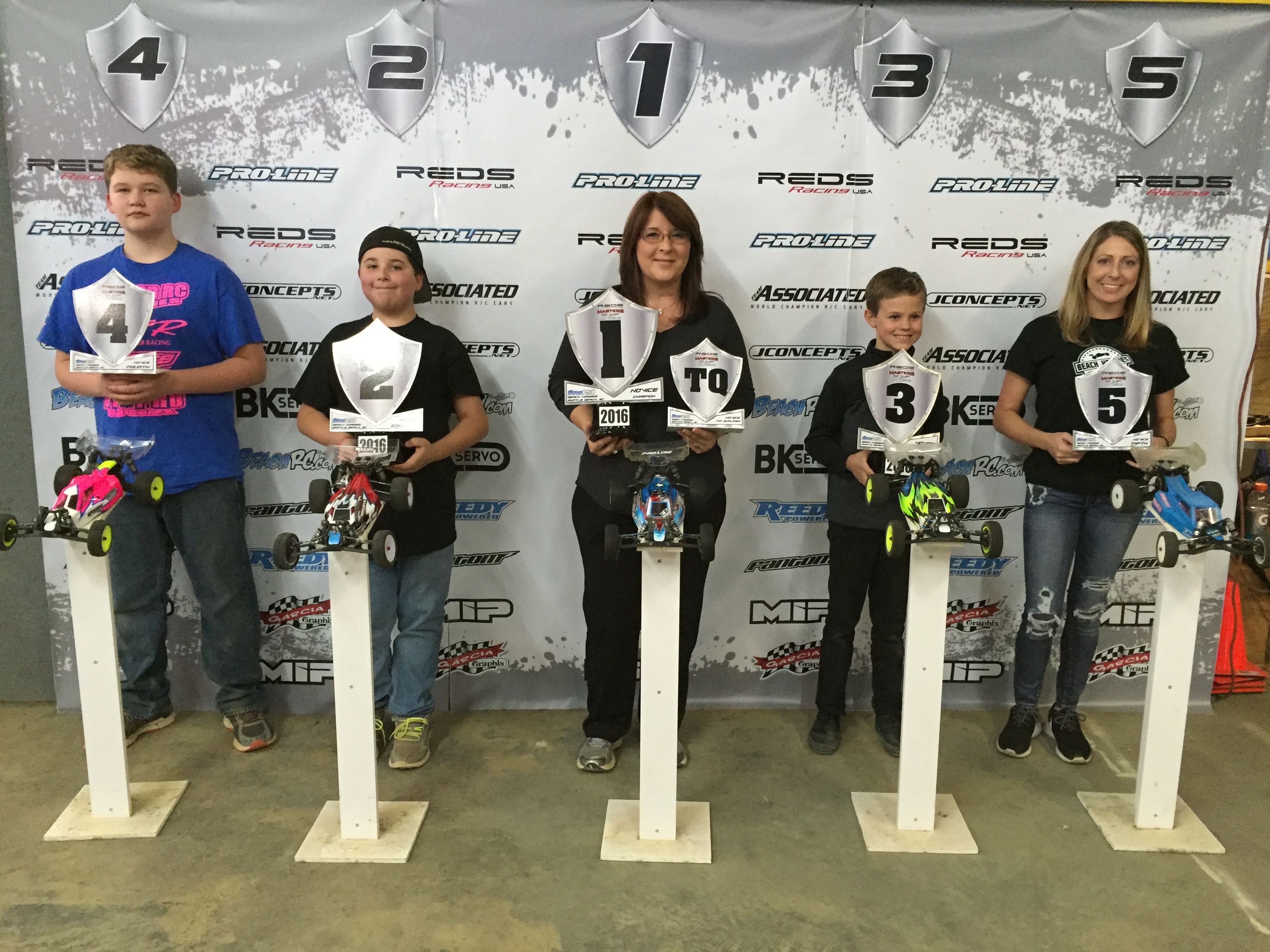