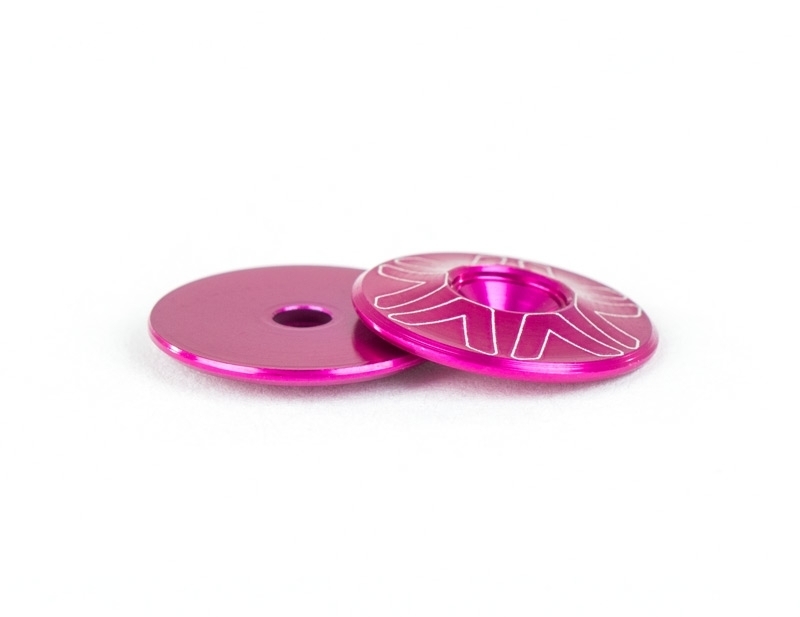 AV1600-PNK 10th Wing Mount Buttons were designed after the success of our 8th scale wing button. 10th scale doesn't require quite the all out nature of the 8th line so we removed the serrations (not doing 45 minute mains here or getting pounded on by other 8lb cars) and for the sake of a different look we counter sunk the screw hole to get that low profile design. We did keep the contact surface the same as the 8th Wing Button because in our touring car testing it showed more consistent traction at high speeds (without a wind tunnel we guessed this was due to less deformation of the lexan during high loads from the added support when compared to the typical mounting of a plastic button or just a button head screw).

These parts fit almost every touring car wing on the market and several offroad vehicles (anything that uses an M3 screw).